Every industry would benefit from a steel building, wineries, storage facilities, agriculture, retail, and more!

Metal Structure Concepts or pre-engineered buildings isn't a concept that came out of thin air. For owner Steve Ivanitz, he took after his father, who had been in the steel buildings industry his whole life. Steve holds the same passion as he did since the company's inception over 20 years ago.

Steve and his father started the company over 20 years ago with their inaugural project in Armstrong, BC, for MAAX Canada Inc. It was one of the most significant pre-engineered steel buildings in the valley, with a floorplan of 100,000 foot². His dad heard about the job, and for three-four months, they had multiple meetings and worked to build a solid relationship with the owner. Through perseverance and steady fostering of relationships, they got the job, which became the foundation of their success.

Steve continued to work alongside his father for ten years, at which point his dad retired, leaving the management of Metal Structure Concepts to his son. Over two decades, they've constructed multiple structural steel buildings for wineries, orchards, farms, retail, industrial, and mining industries, including commercial steel buildings, steel garages, and storage buildings.

For Steve, it's more than just a job; it's providing the customer with a positive experience as he believes the best form of marketing is the word of mouth and repeat business. It seems to be working, as over 30% of his yearly business is from existing clients.

Initially, MSC took on the role of General Contractor, facilitating every trade from start to finish. In the last ten years, company goals shifted to steer away from general contracting and focus on supply and erect, where Steve sells pre-engineered steel buildings to clients.

Although the company's evolution has led Steve and his team away from general contracting, he is still very much involved in helping his clients through the entire process. In some cases, project owners hire the general contractor first, and in other instances, Steve is the first part of the project where a contractor is yet to be determined. Using his incredible business connections and knowledge of the structural steel and construction industry, Steve works to find the perfect lead for his clients.

It's about complete satisfaction with every job MSC takes on, and for that reason, Steve is happy to act as an advisor 24/7 from start to finish and utilize the road map to success that he has been working off for years.

Clients Continue To Come Back

There is nothing better than a business having repeat customers, and the question to ask these companies is how do they get it? Steve says it's pretty simple, calling it the "trust tree." It's about following through on what you say you're going to do.

He recognizes "the internet guys" who don't have much "real-life" experience but offer low steel building prices. By no means is that an admission that MSC is pricier than the other companies; it simply means he provides professional services by experts in the structural steel building business at a fair price.

Steve believes clients return because of the customer service they receive and through (not only) the incredible construction of a building but of a relationship as well.

When asked what matters most, Steve quickly responded with quality of work and safety. His company name is on every project he has taken on. He takes that incredibly seriously and considers it an honour to work with as many clients as he has on constructing their pre-engineered buildings.

Safety is at the core of everything he and his team do. It is more than putting up a steel building, knowing he has never jeopardized anyone's safety. Steve takes immense pride in his team's workmanship and how they conduct themselves every day.

Going back to relationships, the construction of Stag's Hollow Winery is the perfect example. In 2005, the owners' Larry and Linda, connected with Metal Structure Concepts to inquire about a project. At that time, Steve was still taking on the general contracting role and was on site for a year.

There was just a half-block vineyard at the initial meeting, and by working with Steve, they turned it into a winery and crush pad. With no complete understanding of where the project would lead, Steve listened to the needs and wants of his clients. He operates his business under the idea that he is there to help facilitate a client's vision and offer perspective and a different point of view.

It wasn't the winery's construction that makes Stag's Hollow the perfect example; it's how even after Larry and Linda sold the winery, they remained loyal to the fantastic work Steve's team did. Fifteen years later, Larry and Linda walked away from the industry and sold to a new owner. The new owners had an immense appreciation for the structure of the steel buildings they purchased with the winery and requested a referral from Larry and Linda. They confidently referred Metal Steel Structures to them with nothing to gain, and since then, Shuttleworth Creek Vineyard is now another MSC project. 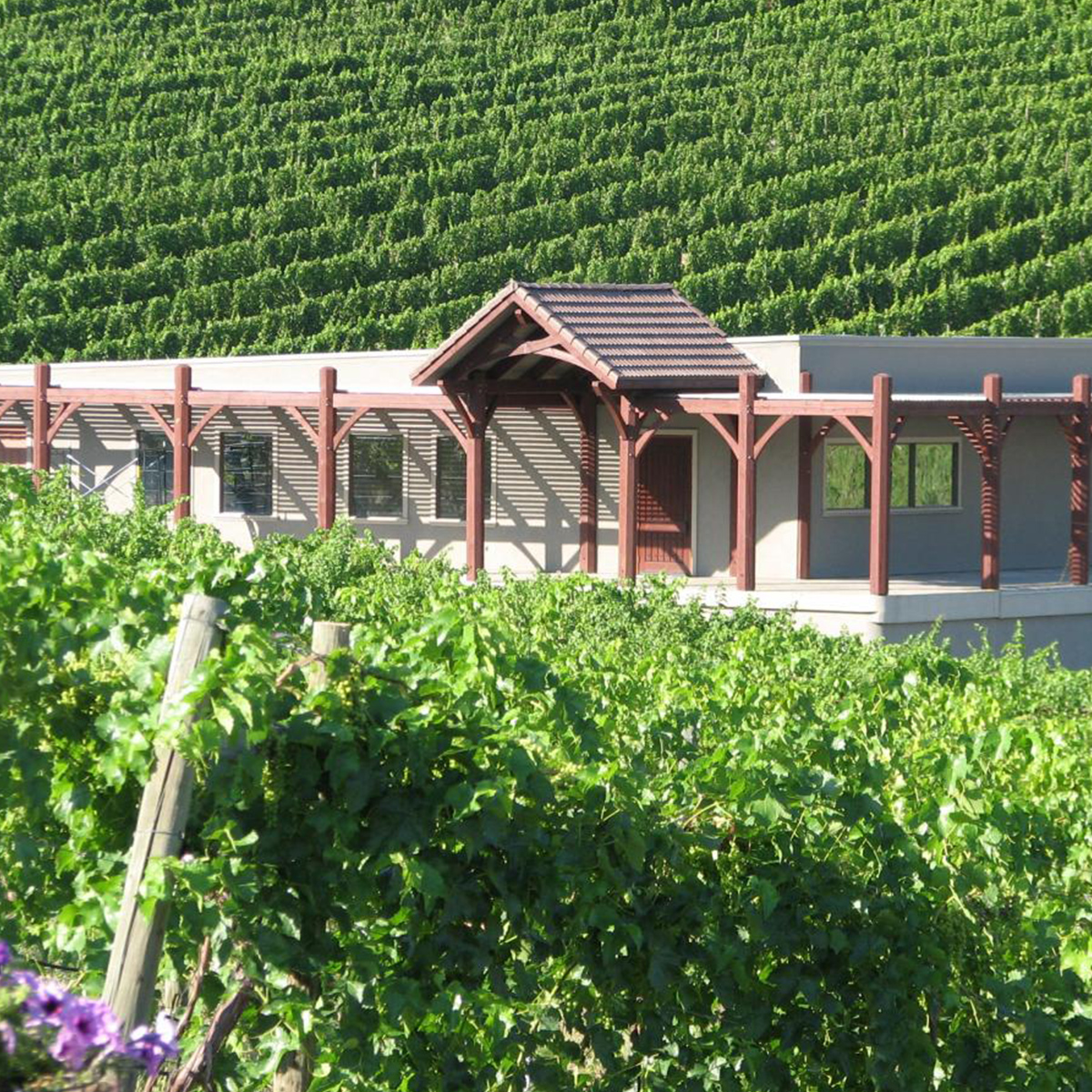 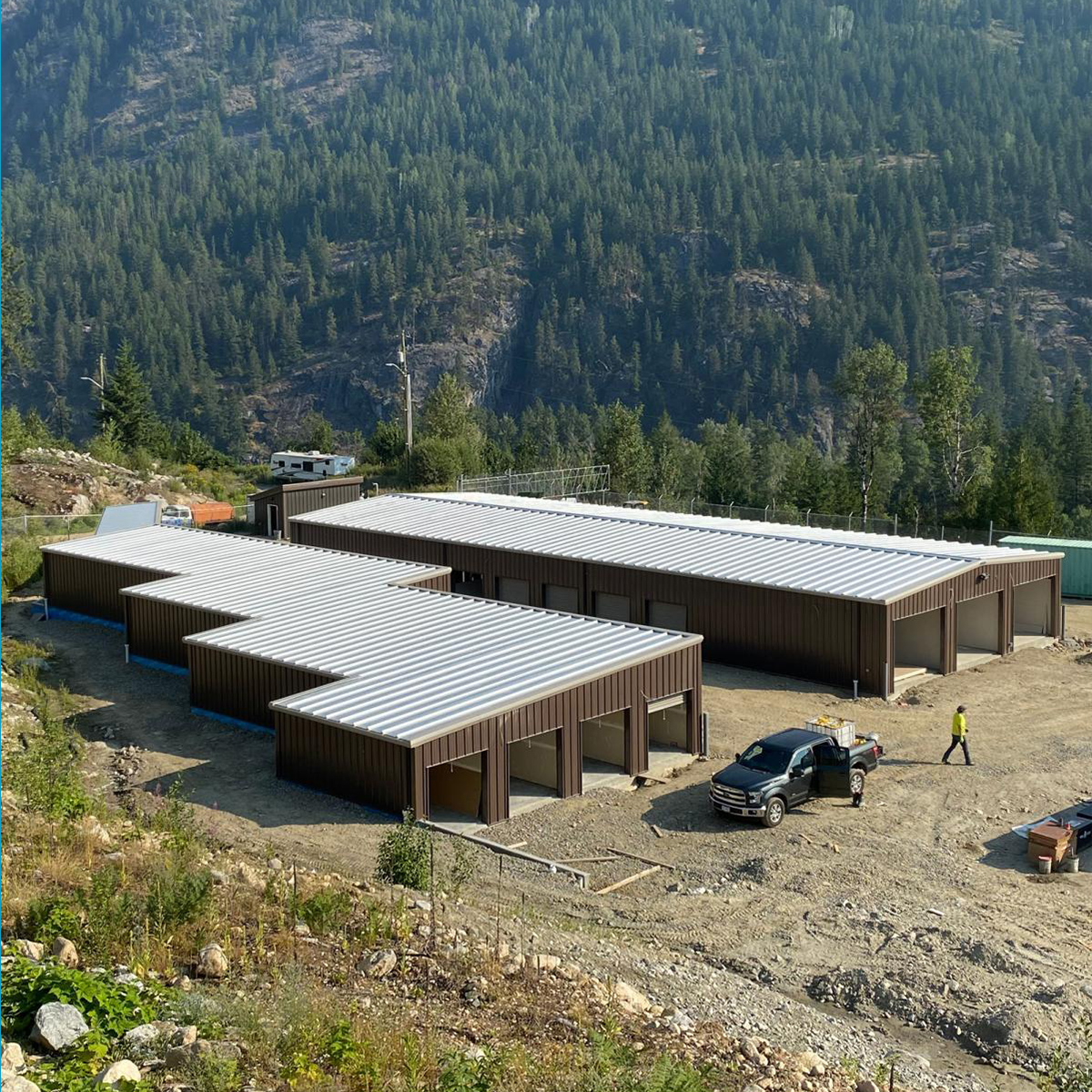 Admittedly, there are too many projects to name, but to Steve, there are a few that stand out. Stag's Hollow Winery is one of them. The flagship build of the company (outside MAAX Canada) is Country RV, more commonly recognized today as Fraser RV. Through Steve's general contracting expertise, he was able to assist the owners in designing a way to turn off highway 97 and into the lot while also finding a way to build over the creek. Since erecting the original Country RV steel structures, MSC's team has constructed another two steel buildings.

We can't reference repeat business without mentioning Grohman Mini Storage in Nelson, BC. Over seven years, MSC has constructed 19 pre-engineered buildings. Whatever the team is doing, they should keep doing it as the business comes.

It goes beyond the job for Steve; it's about family. Although Steve remains an advisor for his clients, the decision not to take on the full general contractor role is so he could spend valuable time with his family. If you ask his wife and kids, they will tell you he is still ready and available anytime a client needs his advice.

Steve's family isn't the only family that matters; it's the families of his staff. His belief in family and having flexibility came to full fruition two years before the pandemic, and at that point, his staff began a work-from-home life, allowing them to tend to the needs of their family while working. For him, it's about trust and empowering his team to make decisions that balance work and life.

After 20 years of being in business, Steve will say that hard work deserves recognition. For that reason, he took his entire staff and their families on a trip to Mexico to say thank you for their dedication throughout the years. He believes that if you treat staff like family, they will be loyal like family.

Metal Structure Concepts has served the Okanagan and Canada for over 20 years. The team's undeniable knowledge of structural steel buildings makes them a top pick for any commercial establishment. Contact them today to learn more.